Before technology took over our lives, people turned to card games as a means of entertainment. But aside from the enjoyment, card games actually benefited the mental and emotional states of the players. These benefits range from enhanced skills to increased social interactions.

Studies have found that taking part in card games exercises the mind and reduces the risks of dementia. Also, one’s mental health is improved as the memory, reasoning and logical thinking parts of the brain are exercised. Moreover, card games provide opportunities to enhance practical skills and gain useful knowledge. They can foster concentration, patience, and discipline. These values are achieved as hours and hours are spent playing games that require attention to detail and decision-making. Lastly, playing card games in groups are avenues for interacting socially and fostering friendships.

Today, we look at what card games you should play to reap those benefits.

Bridge is played with four people using a standard deck of cards. Players form partnerships with the player they are seated across from – North-South and East-West. Each partnership tries to score points by making its bid, or by defeating the opposing partnership’s bid. A bid, which consists of a number and a suit, aims to relay information about the strengths and weaknesses of a player’s hand to their partner. At the end of play, the side with the most points wins.

Because the game of bridge develops logic, reasoning, patience, and concentration skills, playing sharpens your mind. In fact, since the game is mentally challenging, it is perfect for those seeking intellectual and even social stimulation regularly. Supporting these claims is a study from University of California, Berkeley, published in 2000 found out that the area in the brain used in playing bridge stimulates the immune system.

Poker, one of the most popular card games across the world, is where players wager over which hand is best in order to win the pot money. Players bet in hopes of having the best hand, or they can bluff to give the impression that they have a strong hand, influencing their opponents to fold. Though the rules of poker might be a little intimidating for those not familiar with the game, they’re easy to understand with some light reading and plenty of practice. Texas Hold’em is a good variant to start with, as it is the most popular and played in card rooms all around the world and on online portals.

Being an intellectual and creative game, poker can stimulate and enhance the mind. As a result, studies show that the game can remarkably decrease chances of developing brain-related diseases, usually due to old age. The game also develops players’ focus and concentration during long hours of competitive play. And since poker players often have to control themselves to avoid giving away their hand, their emotional restraint is enhanced, as well as their intuition skills.

Solitaire is a one-player card game that aims to create four piles of cards, arranged by suit in ascending order. This should be done despite the cards being shuffled and arranged face down. Essentially, Solitaire is a card puzzle, so solving it brings improved cognitive function and brain health. And since winning a game of solitaire requires strategy, it exercises your mind and forces you to make decisions that will affect your subsequent moves.

Also, because you cannot see the cards all at once, you have to learn when and how to take risks when moving your cards. This compels you to weigh your options and wait until you have a better choice. It also helps improve your memory as you will learn from past mistakes and be able to increase your chances of winning.

But of course, these card games will only sharpen your mind if you play them regularly. Your skills and mental acuity cannot be improved with just a single game. Luckily, there are now online versions of these games, so you can play them anytime, anywhere without the need to settle down and set up your cards.

So, what are you waiting for? Pave the way towards your self-improvement, and play a card game (or two!). And if you want more health and wellness tips, do not hesitate to check out our site! 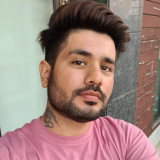 Short Hair Vs Long Hair: Which Is Better On Men?

It has been ages since the battle between long and short hair has been ongoing. Each group has its views about the various advantages of a particular hairstyle.  While hairstyle

Top 15 Vitamins & Supplements for Men in their 30s

According to the USDA, "Men aged over 30 need to eat 350% more dark green vegetables and 150% more fruits per day". Contradictory to this, men over 30 are more

Are you worried about your growing belly? Did you know that stress could be a contributing factor? Read on to learn more about the stress belly and how you can

Mr. Sarna
6 Shoes Every Man Should Own
×